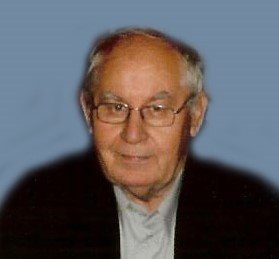 A long-time resident of Blenheim, Bill passed away quietly in hospital in Chatham during the early hours of Saturday, July 11th, 2020 after complications from a short and intense battle with cancer. He was 72.

Bill grew up in the Jeanette’s Creek area west of Chatham with his father Jozef, his mother Stefania, and his brothers Stan and Joe (pre-deceased). Bill moved to Blenheim after marrying Linda (Gable) where he eventually became the Town of Blenheim Board of Works Foreman/Roads Superintendent in 1988, and subsequently retired from Chatham-Kent Public Works in 2013.

His thoughtful and generous nature will be missed sorely by his wife Linda, children Diane (Aaron Verstratete), Todd, and Kim (Jason Brideau); his grandchildren Hailey and Olivia Verstraete, and Cameron Karnas-Brideau; brother Stan and his wife Lorraine; and several nieces and nephews.

An extraordinarily creative and practical man, Bill pursued several hobbies and past-times over his life, and he could count himself as an extremely knowledgeable and proficient gardener and an exceptional woodworker.

A private family service will be held at Evergreen Cemetery, Blenheim.

Instead of gifting flowers, donations may be made in Bill’s name to the London Regional Cancer Program or the Canadian Diabetes Association.

Online condolences may be left at www.mckinlayfuneralhome.com.

Share Your Memory of
William
Upload Your Memory View All Memories
Be the first to upload a memory!
Share A Memory
Send Flowers