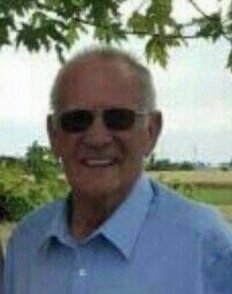 A resident of Merlin, Ron Hoglund passed away peacefully at the Chatham-Kent Health Alliance, Chatham Campus with his family at his side on Tuesday, November 30, 2021 at the age of 79.

Born in Dutton, son of the late Melvin and Beatrice (Coatup) Hoglund.

Beloved husband and partner for 48 years to Pat (nee Paré).

Ron was a perfectionist and he passed on his talent, his work ethic and his high standards to his children. He will forever be known as "Hoggie".

As per Ron's wishes, cremation has taken place with a Celebration of Life to be held at a later date.

Donations made in memory of Ron to the Heart and Stroke Foundation or Canadian Cancer Society would be appreciated.

Share Your Memory of
Ronald
Upload Your Memory View All Memories
Be the first to upload a memory!
Share A Memory
Send Flowers