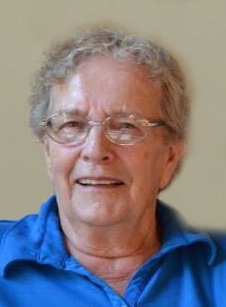 A resident of Blenheim, Joan Sonneveld passed away at the Chatham-Kent Health Alliance, Chatham Campus on Monday, July 30, 2018 at the age of 87. Born in Surhuizum, The Netherlands, Joan was the daughter of the late Jacob and Wieske (Houwink) Nauta.

Joan is survived by her two sisters-in-law Pieternella and Wilhelmina of The Netherlands and predeceased by her brother-in-law, Ben Sonneveld (2011).

Also missed by many nieces, nephews, extended family and friends.

A Funeral Service will be held at the First Reformed Church, 632 Lacroix Street, Chatham, on Thursday, August 2, 2018 at 1:00 pm with Rev. John Kapteyn officiating. Private family interment to follow at Pardoville-Union Cemetery. Donations made in memory of Joan to the Heart and Stroke Foundation, Chatham Kent Hospice Foundation or a charity of your choice would be appreciated by the family. Online condolences may be left at www.mckinlayfuneralhome.com

Share Your Memory of
Joan
Upload Your Memory View All Memories
Be the first to upload a memory!
Share A Memory
Send Flowers