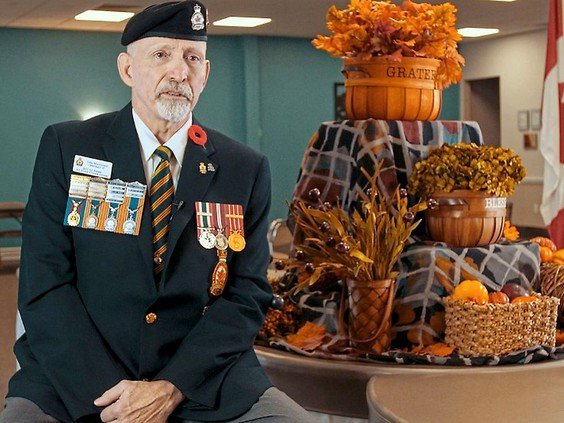 Remembrance Day is still more than a week off, but the way COVID-19 will curtail how legion members across Chatham-Kent can honour the sacrifices of veterans is already being felt.

“It’s hit hard. … A lot of them look forward to it every year to come out and pay their respects,” said Len Maynard, the zone commander for the legions across the municipality. “This COVID has got everybody upside down and all around.”

However, a project has been undertaken to provide a Remembrance Day service the community can take part in, collectively, from the comfort of their own homes.

McKinlay Funeral Homes has partnered with local legions to create a video that will be available online at www.remembrancedayck.com beginning Wednesday, Nov. 4.

Maynard said he appreciates McKinlay Funeral Home reaching out with the offer to create this video.

“Communication is our biggest tool during this pandemic, be it the legion, or anything else, in my opinion,” he said.

“But I think if we’re creative enough, there’s a way by which we can still acknowledge things taking place,” he said.

McKinlay said the idea for the video stemmed from letters that were received from legions that public Remembrance Day services would not take place this year.

“This doesn’t allow the public to honour veterans or give children the opportunity to acknowledge the loss that took place,” he said.

McKinlay said the video features a heart-felt message from Maynard and a message about the benefits of legion membership, as well as a recitation of Flanders Fields and performances of the Last Post and Reveille.

“We actually visited every cenotaph in Chatham-Kent, and we filmed each and every one with all the names on them,” he said. “The idea is that since we can’t go to the individual cenotaphs … as a collective, we can visit them all through this video.

“Remembrance Day is one of the most important days of the year for us because that’s what we do is honour memories.The sacrifices that were made by these veterans is something we can’t ignore.”

Maynard credited the staff at McKinlay for doing “a top-notch job coming up with this idea and following through.”

The 30-year veteran of the Canadian military, which included a decade in the infantry and 20 years as a military firefighter, said Remembrance Day is a “tender subject” because he lost some friends during his career.

“When I see people wearing a poppy and paying their respects, and wanting to come out (to Remembrance Day services), it really means a lot.”

Although 2020 marks the 75th anniversary of the end of the Second World War, Maynard hopes people also think of today’s younger veterans, including local residents, who have died in recent battles.

“It took Afghanistan for people to realize that we have younger vets,” he said.“We have men and women who have served this country during peacetime that still did dangerous jobs and were always in harm’s way, but that was what they signed on for and they did it proudly.”

Maynard said you don’t see a lot of younger veterans in the legion at this time because it’s a different atmosphere that they’re not quite ready for.

“There will come a time when the legion will be there for them, and we are now,” he said.

What he is continuously striving for through his position with the legion, Maynard said, is to ensure it will always be there for veterans.

A Chatham-Kent funeral home is teaming up with a new charter service to offer water burials. Nathan McKinlay, managing funeral director at McKinlay Funeral Homes Ltd. said, “there are a number of ...

Television Broadcast: HERE McKinlay Funeral Home in Chatham is trying to raise spirits by serving spirits, and other alcoholic beverages. It is one of eight funeral homes in Ontario to have acqui...